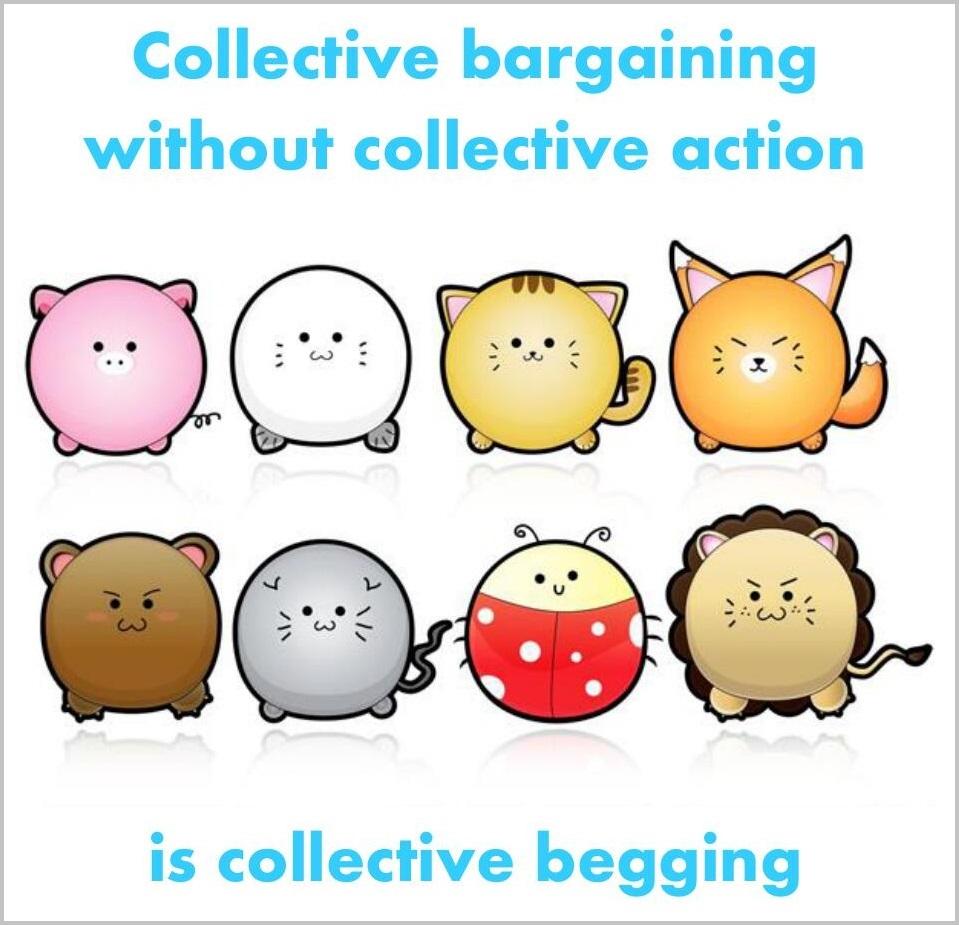 “The primary source of union strength is that co-workers stick together and act together. Of course, it is valuable to have skilled negotiators and lawyers, paid comrades and supportive activists. But these resources are a complement to (and not a substitute for) the staff’s own struggle.” Rasmus Hästbacka writing on May 1st and myths about union work. He is a member of the Swedish syndicalist union SAC.

Once upon a time, May 1st was the workers’ day. It has long been the day of some parties. Therefore, I’m usually a grumpy man on May 1st who stays home.

I used to dream of turning May 1st into a day of celebration for independent unions. But more important, of course, is to turn as many weekdays as possible into workers’ days. How? Through union organizing and struggle. Therein lies the hope for a more humane working life and society.

There are some myths about union work that are very widespread in the Swedish labour market. I am thinking of six misunderstandings in particular. These are devastating to union work.

(1) The first myth is that the union negotiator is the saviour. This is the notion that skilled negotiators can land big victories for the collective of workers. It’s kind of like a football team sitting in the stands hoping the coach will win the matches. The cohesion and pressure from the shop floor renders strength at the bargaining table. Without pressure from the floor, there will be little or no results.

(2) The second myth is that Superman in the staff is the strongest. This is the notion that union fighters are middle-aged macho men who bang their fists on the table. But union strength is not based on individual “toughness”, but on good relations between colleagues. Everyone is vulnerable, which is why unions are needed. We become strong when we build community and trust at work.

(3) The third myth is that union work should be run by paid professionals or activists who sacrifice all their free time. No, you and your colleagues are the real experts. You know your job, know the workplace and can find ways forward. Union work must primarily be conducted during working hours. Union education and training is for all employees, not something that a clique of activists or professionals should have a monopoly on.

(4) The fourth myth is that the Law is a magic wand. As long as you know the Law and throw lawyers at the employers, good working conditions can be ensured. No. Labour law is basically a protection of the employers’ superior position. Laws can in some cases be used as protection against employers’ attacks, but it is above all the workers’ collective pressure that moves the frontline forward.

(5) The fifth myth is that the biggest union = the best union. No, not necessarily. The biggest union can be an empty shell or a dead bureaucracy. We do not get strong by being many co-workers in the same membership register. We become strong when many co-workers stick together and act together. The best union is therefore the organization that promotes workers’ cohesion and collective action. It is an organization based on member democracy, solidarity at work and independent action. Then the members have the union behind them and the decision-making power in their hands.

(6) The sixth myth is that strikes are the workers’ only or best weapon. The argument is that strikes damage the finances of business owners. Consequently, union action in the public sector is largely meaningless. It is true that strikes affect the revenues of private employers, but don’t affect public employers in the same way. However, workers can put pressure on public employers even if they don’t strike at the managers’ private wallets. An example could be sit-in strikes inside management’s offices. Creative workers also find alternatives to striking. The larger the union toolbox, the better.

I want to encourage all union organizers and stewards to clear their workplaces of the six myths. The primary source of union strength is that colleagues stick together and act together. Of course, it is valuable to have skilled negotiators and lawyers, paid comrades and supportive activists. But these resources are a complement to (and not a substitute for) the staff’s own struggle.

Rasmus Hästbacka, member of the Umeå Local of SAC

Hästbacka is author of the book Swedish syndicalism – An outline of its ideology and practice. It can be downloaded for free. More articles by the author in Anarchist Library here.