The Leftist Case Against Gun Control in Vermont 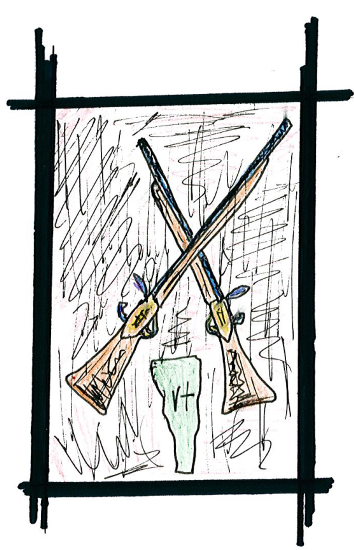 Cabot, VT, February 2018 -Every day I am honored to call rural Vermont my home. Our rugged mountains and vast forests are home to some 600,000 hardy Vermonters. Politically we are the most leftist state in the nation; all of our children have universal healthcare, our minimum wage is $10.50 an hour (with a serious movement towards achieving a $15 an hour livable wage), our unemployment rate is 2.8%, we practice a form of direct democracy at the local level (Town Meeting) whereby every citizen is a legislator, democratic socialists (Vermont Progressive Party) are elected to 10 seats in the Statehouse and hold the positions of Lt Governor & State Auditor, socialist Bernie Sanders is one of our two US Senators, and we have no gun control. We also have the lowest rates of violent crime in the nation. On average we have ten murders, total, a year; half of those committed with guns. We are no utopia, this is true. But we are far above most the rest of the United States when it comes to our politics, our social programs, and our standard of living.

We have been able to achieve this, in part, because we have not allowed the right to claim wedge issues (like gun control) to divide working people and compel them to vote against their social and economic self-interest. Thus we are able to make real progress in establishing a livable wage and paid Family Medical Leave while continuing to allow our citizens to retain their Constitutional right to bear arms. And for this, we continue to lead the way nationally on economic and social issues while remaining the safest place to raise a family in the United States.

With the terrible and tragic mass shootings taking place in other parts of the county, there are those who would now introduce gun control into Vermont. However, the root cause of these external acts of mass despair do not happen in a vacuum; these acts, in part, are a result of an American culture of extreme consumerism and capitalism which alienates people and drives a social insanity that can and will only flare up again and again in horrendous ways. Until we seriously address these underlying root causes that affect mass consciousness, and until we adequately fund our mental health system (which deals with the acute symptoms of this mass alienation) we will not be done with the senseless deaths perpetrated by those who have fallen into the darkness. Be it done with a gun, a knife, a bomb, a car, or a blunt object –we will not be done with this death.

In Vermont, because of our strong sense of community, and because of our stronger social safety net, we are somewhat insulated from the consumerism-driven sickness of the American culture. This is borne out through many statistics, including our low murder rate. While we too have a long row to hoe when it comes to abolishing the ills of capitalism, strengthening our mental health programs, and establishing a more vibrant and democratic social system, we must not follow the drum beat of the national Democratic Party; we must see with clear eyes that gun control, if introduced in Vermont, is a solution looking for a problem. No legislation in the world will reduce our already miniscule murder rate. But what it will do is give the Republican Party ammunition to go to working class Vermonters and say: “the left wants to take your guns away. Vote for us and we will protect your rights guaranteed in the Vermont Constitution.” And with that, as has happened in the rest of the nation, working class people, Union members, will begin to vote against their self-interest and will begin to elect pro-gun right wing politicians to serve in Montpelier. In turn, the efforts to win a livable wage and paid Family Medical Leave (efforts aimed at solving real problems suffered by tens-or-thousands of Vermonters) will be killed. So on the altar of abstract Democratic Party ideology will be sacrificed the real victories we can see down the road ahead. Let us not allow this to happen on our watch.

Instead, let us recognize that with an average FIVE gun murders a year in the Green Mountains, and with ZERO of these committed with so called “assault rifles”, our time would be better spent focusing on building stronger non-capitalist communities, improving our mental health system, and preventing the more problematic threat of accidental gun deaths. Here we must begin to teach gun safety and respect in our middle schools. Gun ownership is a right under our Constitution just as voting is. We teach civics, why would we also not teach gun safety. This, and not gun control, is a reasonable step we can take to deal with a real concern.

Finally, in the age of Trump, why, under any circumstances, would one advocate for guns to only be in the hands of government forces? Do we feel so secure in our democratic institutions that we would grant a gun monopoly to those that answer to a second-rate fascist? Some may have a bizarre will towards democratic suicide. I am not one of them, and I suspect that most Vermonters would agree. No to gun control, and yes to building a more progressive, socialist, and libertarian Vermont.

*David Van Deusen is a gun owner who presently resides in Cabot, is a former Senior Union Representative for AOT workers in VSEA and former District Vice President of the Vermont AFL-CIO.