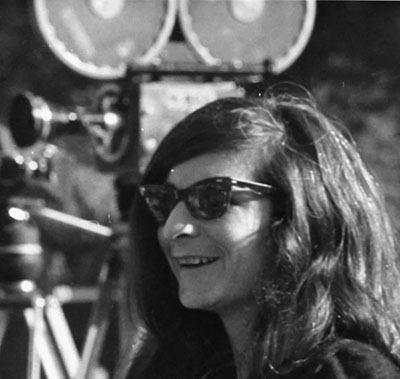 Cabot, Vermont, May 21, 2019 -Vermont has lost one of our most remarkable woman; today film maker, journalist, Black Panther historian, communard, Green Mountain Red, revolutionary, and (ironically) Richmond constable Roz Payne has left this world and these Green Hills for points beyond.[1] Roz grew up in a working class-leftist household in New Jersey. Her mother was a union organizer in Lawrence, MA in the 1930s, and her father ran for NJ State Senate as a member of the Socialist Party. Poet Allen Ginsberg was her sometimes babysitter.

Come the late 60s, Roz was a member of the Newsreel Collective where she worked on films dedicated to telling the truer stories of the unjust war in Vietnam, the social revolution occurring in Cuba, the struggle for Black Liberation, and the plight & struggle of the common people. As part of Newsreel she worked closely with the NYC Black Panther Party, aiding in the political education of new recruits through film showings and discussion groups.

In the early 1970s, Roz (and other members of Newsreel) moved to Putney, Vermont where they started the Red Clover commune. Red Clover, in turn, went on to be one of the founding communes in Free Vermont –a federation of Vermont communes which aimed to recreate a more cooperative anti-capitalist social framework throughout the Green Mountains.

Later in the 70s, Payne moved to the Burlington area where she co-founded the Green Mountain Red commune (also affiliated with Free Vermont). Her work in Chittenden County around this time included helping to form Burlington’s Community Health Center (recently unionized by AFT), and the Onion River Co-op (now Burlington City Market – unionized by UE Local 203).

Later, she moved to Richmond, Vermont, where she was elected to the office of First Constable on a lark, and spent much of her time researching and archiving materials on the Black Panther Party. Roz continued to live in Richmond for the years to come.

I had the pleasure of meeting Roz on a couple of occasions throughout the years, and of interviewing her for an article I wrote on Vermont’s commune days for Catamount Tavern News. While I did not know her well, I do know this.. Roz was one of the most remarkable women to call Vermont their home. She lived her principles and lived them well. While there is no painting of her hanging on the Statehouse walls, there damn well should be. But perhaps a more meaningful memorial already exists in the social framework that now exists around us… From the Community Health Centers in Chittenden County, to the co-ops in every town worth its weight in salt, to the farmers markets (which were reinvigorated by the commune movement of the 70s), to the body of knowledge that has been preserved in regards to the Black Panther Party, Roz played a role in all of it. Roz, in short, was on our side. She will be missed, but she will not be forgotten. Rest In Peace.

[1] 2019 Note From The Author: This memorial was first published in Enough Is Enough, The Anarchist News, ibrattleboro, and Vermont AFL-CIO social media in May of 2019.