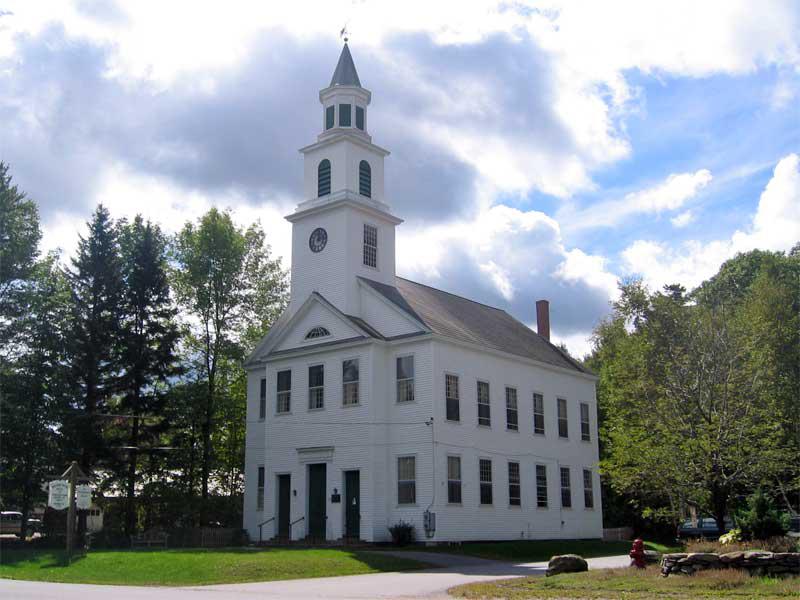 Newfane, Vermont, March 2006 –Town Meeting Day on March 7th resulted in five towns voting on a resolution demanding that Vermont’s delegation to Washington begin impeachment proceedings against President George W. Bush. All these resolutions asserted that Bush was guilty of misleading the American people in the buildup for the invasion of Iraq, in lying to the American people in regards to the use of torture on prisoners, and of illegally spying on citizens. In all five towns, Newfane, Marlboro, Dummerston, Putney, and Brookfield, the vote was squarely in favor of impeachment. In Newfane, where Selectman Dan Dewalt introduced the resolution, the vote was 121 for impeachment, 29 against. In Marlboro the vote was a staggering 60 to 10. The other towns passed the resolution by a voice vote.

In Brattleboro, which holds it’s Town Meeting some weeks after the traditional first Tuesday in March, the resolution was also passed. Brattleboro is one of Vermont’s largest communities with a population over 13,000.

That makes six out of six towns that understand Bush’s action to be a criminal abuse of power. Since these votes were passed, Bush’s popularity in Vermont has sunk to new lows.

Vermont’s sole Congressman, self-described socialist Bernie Sanders issued a statement saying he agrees with the assertions of the resolutions, but since the Republican Party is in the majority in both the US House and Senate, any attempt on his part at impeachment would, unfortunately, go nowhere.

“Bush has been a disaster for our country, and a number of actions that he has taken may very well not have been legal… [But with Republicans in control of Washington] it would be impractical to talk about impeachment,” said Sanders in a statement to the press.

In other Town Meeting news, a number of resolutions demanding the General Assembly adopt laws requiring minors to notify their parents before receiving an abortion were, by enlarge, defeated across the State. However, in one community (Moretown) opponents of the resolution won through a parliamentary maneuver rather than a straight vote. In 2005 Moretown overwhelmingly voted to oppose the war in Iraq. This year residents had the parental notification resolution indefinitely tabled. The stated reason was because the resolution did not relate to town business. For some residents, including those who say they would have voted against the resolution, the move struck them as hypocritical and an infringement upon the honest democratic process.

As another Town Meeting Day has come and gone it is increasingly apparent to many that what is needed is not more non-binding resolutions, but rather a single grand resolution which would self-empower Town Meeting to become the prime arbiter of the law of the land. While the Administration relented on the Education Fund issue, it was not legally bound to do so. Lest we forget the multitude of towns that voted for universal single payer healthcare in 2005?[2] Or what of the 100 plus towns (by far the majority that have taken up the issue) that have voted for a moratorium on GMOs?[3] Montpelier is yet to express the will of the people on any of these issues. Instead we get a weak seed labeling law and a makeshift healthcare reform bill that is far from universal in scope. Therefore, many rightly question whether we should spend even more time debating issues when our voice if often ignored. Instead, some advocate that starting in 2007 Town Meetings pass a resolution that would read something to the effect of:

“When and if a majority of the towns pass any given resolution, and when said towns represent a majority of Vermonters, we will withhold cooperation with the government in Montpelier until said resolution becomes the recognized practice of the land.”

It will only be when Vermonters reclaim those democratic powers that are currently monopolized by the party politicians in the Statehouse that Town Meeting will again take on the significance that it enjoyed during the days of the Green Mountain Boys. And this will not happen unless regular folk, like you and me, make it so.

The movement for impeachment was begun more than two years ago by Newfane Selectman Dan Dewalt. Dewalt’s campaign is not limited to Town Meeting. He has also been pressuring the Democrat controlled Vermont General Assembly to pass an impeachment resolution. If this were to happen, impeachment proceedings would automatically be triggered in Washington in accordance with the rules of Jefferson’s Manual.

A bill calling for impeachment has been introduced in the Vermont House of Representatives and has the backing of 20 sponsors. Even so, House Speaker Gay Symington-D and other Party leaders oppose allowing a floor vote claiming this would distract from more pressing business. However, in a stunning move, the Vermont Senate passed the impeachment resolution 16-9 (with all Republicans and two Democrats voting no) on a floor vote on April 20th.

As we go to print, VT Representative David Zuckerman-Progressive has been working frantically to get the resolution on the floor of the Vermont House. Whether or not he will be successful is difficult to determine.

The General Assembly did pass a formal resolution against the war in Iraq earlier this year. Vermont’s Legislature is the first in the nation to condemn the war. But unlike a vote on impeachment, this resolution lacks any teeth or enforcement clauses. The Vermont National Guard is still in Iraq, and they are still being killed at six times the national average per capita per state.

This Town Meeting Day has once again demonstrated the lack of connection between the democratic voice of Vermonters and the politicians in the Statehouse. And once again it is apparent that Vermonters should take a new path down the road to true democracy. Instead of passing ‘non-binding’ resolutions, towns should vote when and if a majority of the towns representing a majority of Vermonters pass a resolution, that resolution will be understood as binding. If the state refuses to recognize such a practice, towns should be prepared to withhold all cooperation with Montpelier until the popular will is fulfilled.

It will only be when we stop relying on the State Legislature and instead rely on ourselves, our Town Meetings, our unions, and our farmers’ organizations that true democracy will flourish in the Green Mountains. Anything less is not enough.

Brattleboro VT, March 4th, 2008- On Town Meeting Day the people of Brattleboro & Marlboro voted to issue an arrest order for U.S. President George W. Bush and Vice President Dick Cheney for crimes against the Constitution. Brattleboro, a town of 13,000populated by blue collar workers, hippies, and hard drinkers (imagine Montpelier & Barre smashed together in a particle accelerator), voted to 2017 in favor and 1795 against the resolution. In Marlboro, itself a small wooded left-leaning town in the hills of southern Vermont, the resolution was carried by an overwhelming vote on the floor of the Town Hall.

This historic resolution calls for the immediate arrest of these persons if and when they step foot on town soil, as well as requests other states and municipalities to honor this order and apprehend & extradite these persons to Vermont to face justice. According to state and government officials, there is no legal precedent for towns to issue arrest warrants without a judge’s approval. Therefore, these same officials contend that the carrying out of the resolutions is unlikely. Even so, many Brattleboro residents point out that there also no precedent for the Republic of Vermont declaring independence from the Royal New York Colony, nor the actions taken by Americans during the Revolution. The only justification for these extra-legal upheavals were the democratic will of the people, yet both these historical events have come to be recognized as necessary political facts. And again, on what accepted legal code did Ethan Allen and the Green Mountain Boys act upon when, in 1770, they tarred and feathered the appointed Yorker sheriff in Bennington? What official precedent did they follow when they proceeded to run this sheriff up a flag pole outside the Catamount Tavern?

One possible means for the resolution to be carried out, however unlikely, would be for Bush or Cheney to enter Vermont territory, and for them to be apprehended by of the elected Town Constables. Vermont Constables, unlike State Troopers, Deputy Sheriffs, or organized town police departments, are answerable directly to the people, and according to Vermont law retain the authority to arrest persons for “treason.” But before Vermonters break out the old tar and feathers, it must be recognized that it is very unlikely either Bush or Cheney will come to Vermont, a state which is overwhelmingly opposed to the war in Iraq & where the current rightist administration in Washington is extremely unpopular. Vermont is the only state in the union which has not been visited by Bush during his two terms as President.

The passage of the resolutions have been met with popular support across the Green Mountains, with only a minority of Vermonters arguing that resolutions of this nature are not directly related to town business, and therefore have no place on a Town Meeting agenda. Many others have asserted that our town residents and therefore our towns are directly impacted by the failed right-wing policies of the Federal Government. As long as the Bush administration spearheads the attempts to rollback our liberties as defined in the Bill of Rights, the U.S. Constitution, and the Vermont Constitution, and elsewhere; as long as Vermonters are dying in an unjust war we oppose at 6 times the national average; as long as the Federal Government acts as an obstruction to the further expansion of our democratic-social system, then it is not only the right of our Town Meetings to express our opposition, but it is also our moral obligation to see that they do so. Any less would imply that Vermonters would rather live on their knees than to stand for what we believe, and we are not those kind of people.

[1] This article was first published in Catamount Tavern News, 2006.

[3] The Vermont General Assembly passed a mandatory food GMO labeling law in in 2014. The Federal Government has since trumped this legislation with its own law which provides cover for cooperate interests.

[4] This article was first published in Catamount Tavern News in 2007.

[5] This article was first published in Catamount Tavern News, 2008. President George W. Bush never stepped foot in Vermont during the eight years of his Presidency.