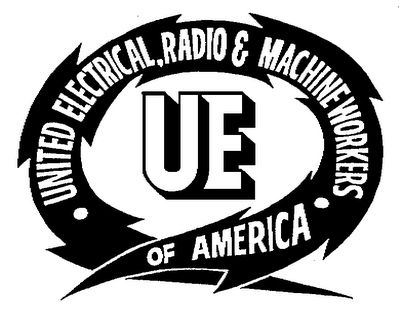 St Johnsbury, Vermont, November 2002 –United Electrical Workers Local 234 at the St. Johnsbury Fairbanks Scale factory went back to work with a new three year contract on November 19th following a three week strike.[1] The strike was a defensive maneuver in response to management’s attempt to enact an indefinite pension freeze, and to significantly decrease wages by way of requiring higher worker payment for healthcare. While the workers did not get all they hoped for in the final contract settlement, they did force the bosses to unfreeze their pensions in the final year of the contract, and gained a 26 cent an hour pay raise in the second and third year, and reduced the amount of healthcare payments management originally sought. The gains made by the union’s rank & file were, in part, due to strong community support and a militant 15 day picket line which operated 24 hours a day, seven days a week.

During the course of the strike it was not unusual for local restaurants to bring food to the picketers. Also many local citizens and representatives of other labor and social justice organizations came down to the line to show their support during the crucial hours of 5:30am to 7:30am and 3:00pm to 5:00pm; a time when management and scabs entered and left the factory. The picket line maintained itself in front of the only entrance/exit into/out of the factory’s parking lot.

Things came to a boiling point on November 12th when, following a public support rally [attended by U.S. Congressman Bernie Sanders & Progressive Party candidate for Lieutenant Governor Anthony Pollina], more than 75 workers (supported by other trade unionists, people from the Vermont Workers Center, members of the [democratic socialist] Vermont Progressive Party and myself (David Van Deusen - as a member of the Green Mountain Anarchist Collective) attempted to block all traffic moving in and out of the factory.

The confrontation heated up when a UPS truck, driven by a manager, attempted to cross the picket line. As the truck tried to cross the union’s leadership [including Local President Bob South[2]] called for workers and supporters to link arms and block the path of the vehicle. This action was met with brutality on the part of the Sheriff’s Department who began to physically push the workers out of the way. However, picketers refused to give in and began to push back. Soon, police were throwing punches (one woman was punched in the face) and this writer exchanged head-butts with one Deputy Sheriff. Soon police deployed pepper spray against the workers (I personally took a good part of a canister in the face), and still the line stood and the truck could not pass. Not until after the union leadership gave the order to stand down did the line break and the truck was able to go through.

Following this confrontation one worker was arrested for disorderly conduct. However, when police moved to arrest myself –likely for the head-butt- a number of UE members, including President Bob South, put themselves between me and the police. I was therefore not arrested. Vermont Public Radio is presently reporting [2002] that police are still considering making further arrests.

Soon after the confrontation reinforcements from the State Police were called to the scene and the union’s blockading abilities were therefore weakened. Even so, as scabs and management left the factory they had to contend with a constant barrage of union signs, profanity, and spit.

In reaction to this day of militancy police responded with a massive presence. For the remainder of the strike, numerous State Troopers, some in bullet proof vests, patrolled the area with the local Sheriff’s Department in support. Police were also positioned in front of the factory, further down the road to both the left and right, and even in the wooded hills located to the north. Approximately a dozen police vehicles were assigned to defend Fairbanks management, scabs, and property. One State Trooper informed a UE member that they were “expecting a riot.” Several UE members stated in jest “now would be the time to rob a bank… and donate the money to the strike fund!” Despite police escalation and intimidation the UE members stood firm, as did other local allies who continued to publically support the strike.

By the Thursday leading up to November 19th, management threatened to permanently fire the strikers. Still only one union worker crossed the picket line. By the 19th, UE negotiators and management came to a compromised contract settlement which the rank & file felt was in their interest to accept. Of course the issues which caused the strike are not over, and one can be certain that they will again come to the fore in three years, when the current contract expires.[3]

[1] This article was first published in Barricada magazine, January 2003.

[2] Bob South would go on to serve multiple terms as a State Representative in the Vermont General Assembly as a member of the Labor Caucus and as a Democrat. Bob would also go on to become a Union Rep for the Vermont State Employees’ Association.

[3] UE Local 234 has a long history of militancy. During the most recent strike prior to this one, union workers turned over a bus filled with scabs which was attempting to enter the factory grounds.