This article was first published on the website of US labor magazine ASR on January 20, 2022. It is the last in a series of three articles. 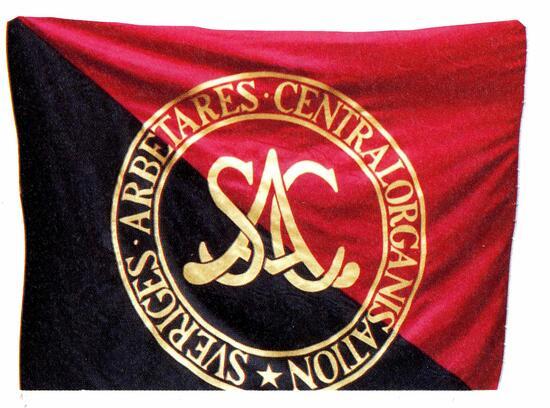 In a previous article I made a distinction between three types of organizations: narrow cadre unions, broad popular movement unions and networks of workplace organizers. I hope that we in Sweden will develop the syndicalist SAC as a popular movement union (or, if one prefers the term: open class organization). Such a union can also build various forms of cross-union cooperation: forums, groups and networks of workplace organizers.

My article was to a large extent a critical response to articles written by Gabriel Kuhn (also a member of SAC). Gabriel then replied. He doesn’t want to turn SAC into a cadre union. He is skeptical of the prospects for building a popular movement union and leans towards building a network of workplace organizers.

In my article, I argued against this black-and-white view, this either-or thinking. Why not build both a union and an even bigger movement through cross-union networks of organizers? I find it tricky to respond to Gabriels reply since it is primarily a replay of what he has already written. He writes:

“I believe that syndicalist unions focusing on a strong, active base of workplace organizers rather than on membership numbers are better equipped to radicalize labor conflicts and strengthen the position of the class in the struggles to come.”

Again, why not do both? Should organizers who win the trust of co-workers refrain from welcoming them to our union? Why not recruit and educate as many organizers as possible? Furthermore, organizers need a union support structure, otherwise their burden will be too heavy (frankly inhuman). The best support structure are our Locals, industrial branches and workplace sections. These cannot exist without many members.

The black-and-white view is repeated in Gabriel’s most recent text. Either we build a small network of (hyper) active organizers or a large service union of passive members. He does not see that we can develop SAC as a popular movement union that is superior to both small networks and large service unions. Syndicalists can do this by welcoming all their co-workers to the union, by encouraging everyone to be active and at the same time value all so called “passive” members.

A growing number of members is an indication of the validity of syndicalism. If syndicalism is so good for the working class, shouldn’t we be able to attract broad masses? On the other hand, if the goal of building a big union is so unrealistic that the goal should be abandoned, shouldn’t we also abandon the goal of establishing a libertarian socialist society? Let us at least make a serious effort.

How, then, can SAC avoid becoming just a big service union? By being clear – very clear – on the following point. A member who wants the union to pursue her individual case must be active in that case. A member who chooses not to be active at all has also chosen that her case should not be pursued by the union. Every member should also be informed that we prioritize support to workplace organizers and collective struggles, not support in individual cases.

The point of recruiting members (both active and “passive”) is not just to collect membership fees. A growing syndicalist section can reach, educate and learn from more and more workers. Thus, more and more workers can be united and mobilized. Then we have a chance of moving towards a future of libertarian socialism.

The author is a member of the Umeå Local of SAC. More articles by the same author can be found in Anarchist Library here.